Sometimes I write out conversations between me and my alters/guides. It’s an interesting way to keep a journal, anyway. I definitely want to post more of these, but they are usually riddled with foul language because Byleth doesn’t really care about what he says. With that warning, this is what we were up to tonight. This was between me, Byleth, and Lestan.

“Sugar, you’re drinking and you shouldn’t be.” Byleth paced around my desk and computer chair, keeping an eye on me as my leg kept up with its nervous jitter, bouncing as if I were ready to run a marathon. I scoffed.

“I’m not drunk though. I’m still able to type.” Despite that, I did feel rather woozy.

“Rather woozy?” Byleth rolled his eyes. “You’re supposed to be picking up a pizza in fifteen minutes and you’re,” he lifted his claws in quotation, “‘woozy’.”

“Hey, it burned going down so it’s going to get me a bit messed up. Well, not messed up entirely, but numb enough to not care that my dreams are basically going to be flushed down the toilet.”

“Stop it.” Byleth latched his claws onto the back of my chair that was still vibrating with my leg’s nervous jitter. It seemed my excess energy was on a… roll? Is that even a thing? “No,” he interrupted. “It isn’t a thing. Lestan and I are walking with you when you leave. You shouldn’t have even drunk straight from the bottle.”

“He’ll be okay.” Lestan crossed his ankle over his knee and leaned back on the couch. He seemed bothered, his expression darker than what his voice suggested. “The bottle will be gone soon enough and then we won’t have to worry…”

“Soon enough?! Are you expecting – and enabling – him to drink it until it’s gone to get rid of it faster? What the fuck, Lestan?”

“That’s not what I was getting at and you know it.” Lestan grew slightly irritated. “I just mean that Shane won’t buy anymore after this one, right, love?”

“Right. That’s my plan anyway.” I was beginning to feel warm. The liquor had definitely kicked in. I also realized that it wasn’t such a good idea to drink directly from the bottle. It really did burn like hell going down.

“Because you’re not used to it.” Byleth left my chair and fell into the wooden one at the L part of my desk. He crossed his arms and watched me, his expression mostly blank, although I could see some sort of sympathy behind his red eyes. He snorted a laugh.

“Look at you getting all flowery with your words and assuming you can ‘see what’s behind my eyes’ or some shit.” He closed his eyes and looked to the side, but soon after returned his gaze to me from the corner of his eye. “Yeah, I do care about you, you know. If I haven’t made that fucking clear enough already.” I stopped to rub my forehead, but was brought back to the page. “Hey, don’t you stop writing. It’s been a while since we’ve talked and I won’t let you lose your mind and forget about this conversation too.”

“We write it down, sugar. You should’ve caught onto that by now.”

“Well, yes?” I guess I’d missed that part somewhere along the way when the small bouts of dissociation would happen. Lestan chuckled from where he sat on the futon sofa.

“Baby, it’s okay. It took you years to come to terms with who we are to you. I can understand a bit of confusion here.” He stood and came to stand behind me, ruffling my hair lovingly. Byleth lifted an eyebrow and sighed.

“Hey, Shane’s allowed to be silly when he’s drunk and forget a few things.”

“I’m not drunk!” I flashed a stubborn expression before I focused on the screen again. Or… was it really me focusing? I felt slightly spaced, but my phone’s alarm brought me back to reality. Byleth stood and Lestan backed away to approach the door. Byleth was the first to speak.

“It’s time to grab that pizza, sweetie. Let’s hope the guys at the counter don’t catch on to your slight inebriation.”

As we walked back through the front door, I set the pizza aside and pulled off my binder, threw on my shirt I’d been wearing before, and took another quick swig from the bottle of Malibu banana rum. Byleth was less than pleased, but started chuckling as he set eyes on the computer screen. I’d started to type but backtracked. “Shane, you should have kept it as a ‘tit corset’.”

“Nah. It was too ridiculous.”

“It is a tit corset. One you won’t have to worry about much longer if everything goes right.”

“Yeah… I hope.” I turned on Byleth’s playlist on the big screen through the PlayStation and settled in to eat some pizza. Like I needed to clog my arteries any more than they already were. He reclaimed his chair at the L in my desk and leaned his head in his hand. He seemed perturbed.

“Which I am,” he confirmed. I knew he was because I’d taken another swig from the bottle like he encouraged me to do the exact opposite of, and I was feeling pretty good to not really care. That brought a scowl forth from the Fallen Angel and he sighed.

“I’m just going to focus on my music and singing, and pretend like you’re not disobeying everything that I’ve asked of you tonight.”

“Hey, we had mind-blowing sex earlier, so don’t give me a hard time.” I flashed him a comical judgemental look, to which he lightened up and returned to a more positive mood.

“Oh, we did. [Redacted].” I shrugged in response, stuffing my face with pizza. Attractive.

“You’re a Fallen Angel. You have magic spit. We’ve been over this.” He broke into laughter at the ‘magic spit’ bit.

“Let’s just hope your body is done being difficult with sex.” He smirked. “[Redacted].”

“Like I said. Fallen Angel. Magic spit.” Lestan chuckled from where he sat on the futon sofa, his expression calm and at ease as he watched the images on the TV. ‘Me and Mrs. Jones’ by Billy Paul was currently flowing from the speakers, Byleth’s corny but groovy taste in music flooding the apartment.

“Hey. Corny? Bullshit. It’s classic seducing music, sugar. At one time in history, this was the sexiest song on the radio.”

“One of them, maybe. There’s a sweet romantic vibe to it now.” I smiled, a warm and fuzzy feeling consuming me. “Awww, Byleth, you’re such a romantic!” He laughed humorlessly and seemed to clam up with embarrassment.

“No, fuck the embarrassment part of that line.” He jabbed his claw in my direction. There was definitely a slight blush in his cheeks. “No, no there isn’t! Stop. I like the classics because they make me want to fuck something, okay? No romance involved there.”

“But,” I teased, “you are a romantic whether you admit it or not. You call me sweetie.”

“That is true,” Lestan chimed in from the futon. He slipped out of his leather jacket that he’d still been wearing. “Byleth, you aren’t fooling anyone. You’re very romantic. I saw the way you kissed Shane earlier.” He flashed Byleth a teasingly flirtatious expression. The Fallen Angel was becoming flustered.

“Seriously, if you both don’t quit I’m just going to take my music in the other room and say fuck all of you.” No irritation was in his voice, however. A small smile was playing on his lips and there was a glint in his red eyes. His mood had improved despite the teasing banter and he relaxed into his chair, falling into the lyrics of the next song that had started to play; ‘Little Wing’ by Jimi Hendrix.

A silence fell then, I eating my pizza and Lestan relaxing in the background, watching Byleth as he sang to the song that it was switched to – ‘You Don’t Own Me’ covered by Masquer. The song was appropriate for a brat king such as Byleth.

“Mr. Vain King.” Lestan stood from the futon and approached Byleth, who turned in his seat to welcome the vampire. Lestan straddled his thighs while standing over him, teasing the Fallen Angel’s golden horns. Byleth bit his lip.

“Would you have me any other way? And you keep talking like that, mister. Call me King a few more times and I’ll make sure you won’t be able to speak… In the best way, of course.”

“Reduce me to a mumbling mess, my King?” Lestan chuckled as Byleth hummed, the vampire’s hands sliding through the Fallen’s jaw-length blonde hair. Hands crept back up onto Byleth’s horns and he huffed a laugh.

“What are you trying to do? Get me so worked up I can’t sing? Make a distraction for Shane over there?”

“Maybe.” Lestan grinned and caressed one of Byleth’s horns before the Fallen wrapped an arm around the vampire’s torso and pulled him into his lap.

“Alright, vampire. You’ve got a deal.”

“As long as Shane doesn’t drink any more rum tonight, I’ll do whatever you want.” Byleth trailed a claw down Lestan’s front, causing the vampire to sigh. “Anything, sugar.”

“Wait, why is this on me?” I pouted, still buzzed, although I suspected more than that. “Do what you want.”

“Oh no, sweetie. That’s the breaks.” I sighed in response to Byleth’s ridiculous stipulations. He cocked an eyebrow at that line. “Stop drinking and you get to see wonderful things.”

“Sorry, baby. I have to go with Byleth on this one.” Lestan ghosted his lips over the Fallen’s as he turned Byleth to face him once more. “I’m not passing up the opportunity to have control over the brat king.”

“Whatever.” I sighed hopelessly and chuckled. “I won’t drink anymore, but don’t go overboard. I want to be able to eat my pizza.” Byleth hummed his approval and gave his full attention to Lestan then, their lips meeting in a deep and much-needed kiss. I returned to my pizza, finally deciding to let the alcohol wear off.

(For the record, Byleth’s taste in music IS corny, but amazing.) 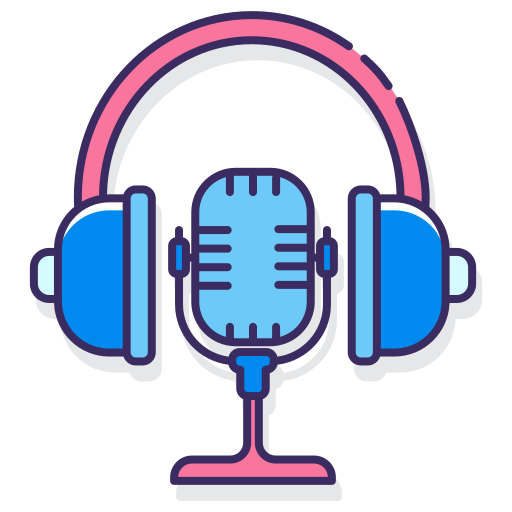